Exfoliation can create the very skin you hope to avoid 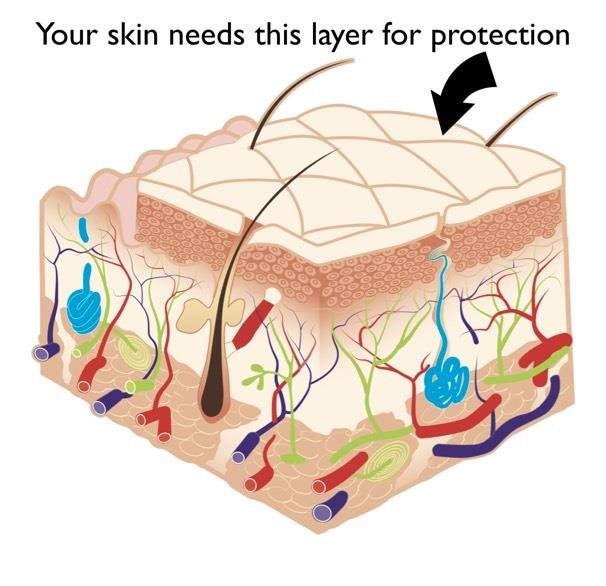 The sad truth about harsh and abrasive exfoliation is that it, in the longer term, it has the exact opposite affect on your skin than the one you are hoping to achieve by doing it! It actually creates the very skin you are trying to avoid: prematurely aged, dry, dull and even cancerous.


Most people believe the surface of the skin is covered by dead, useless cells


Most people believe the surface of the skin is covered by dead, useless cells that make the skin look dull, prevent the skin from “breathing” and can clog up the follicles. They believe that by scrubbing them away with rough, granular substances, they can make the skin bright and fresh again.

In reality, these “dead” cells are the mature functional cells of the skin. They are there for a special purpose. You may feel as though your skin is healthy and glowing after exfoliation. You may even feel it is now moisturised and glowing, but the truth is that you have exposed immature cells to pollution, rays and oxygen long before nature intended or equipped them to cope with these hazards. The cells are shocked by this sudden exposure and cannot truly perform their function of protection because they themselves require protection from the mature cells that have now been scrubbed away. Hydration will be lost through these vulnerable cells as they try to adapt to this sudden harsh environment. After a few days, the skin will feel dry and the surface will be dull and lacklustre. Bearing in mind how good the skin looked immediately after the exfoliation, it seems that the obvious answer is to repeat the exfoliation and remove these offending dead cells again! And so the cycle of damage goes on.

What have you actually done to your skin by exfoliating?

Why does the skin look so plump, moisturised, pink and healthy after micro-dermabrasion?


When one has removed the so-called “dead layer”, one is looking at immature cells that have not yet developed the keratins etc necessary to make them into dessicated, flattened cells (corneocytes) that make up the stratum corneum. These immature cells have no protection from the relatively high concentrations of oxygen in the air (21%) which can the poison cells. In addition they don’t have the protective walls to survive the relatively dry atmosphere and cannot prevent evaporation of water from the skin, the cells dry out which is why a few days after micro-dermabrasion the skin no longer looks plump, mosturised and healthy. Its going to take about another 7 days before the stratum corneum function is restored.

Despite the initial healthy appearance after exfoliation, the net result of repeated or over-exfoliation of healthy skin is significant exposure to environmental toxins and free radicals, dehydration and interference with the normal functioning of the skin. Not only that, but the inevitable exposure to light makes your skin more likely to become photo-damaged and develop cancers. By ignoring natural processes and interrupting them, you have actually hastened the very thing that you are trying to avoid!


There is nothing scientific about scrubbing your skin as though it was the kitchen floor, and removing everything that nature provided you with to protect your body and keep it properly moisturised. Some people do this scrubbing every week on the advice of their skin care therapists!

The point of skin care is to make skin healthier, better hydrated and more durable to exposure to light and environmental pollutants – not to just make it look better for a short time.

These are the few instances where exfoliation is necessary:


If you have severe photo-aging, the stratum corneum, or top layer, will be excessively thickened, and your skin will take on a dry, rough texture. The cells will be kept in contact with each other for a prolonged time by the desmosomes or cell attachment system. It seems that the basal keratinocytes (first cells to form in the embryonic epidermis) respond to irradiation by UVA and UVB rays by setting up processes whereby the total growth cycle is lengthened, because the horny cells stay on the surface of the skin for as much as three weeks longer than usual. This is obviously an unhealthy and unusual state of affairs.

To treat this problem, the first step is to stop the abuse from sunlight and/or sunbeds, and then reduce the thickness of the stratum corneum by gentle exfoliation only. However, once the initial exfoliation has been done, then it should only be repeated with great care for this may actually aggravate the damage and also exaggerate the side effects of the therapeutic skin care regime. As soon as possible, normalise your skin with Vitamin A and anti-oxidants, and then stop exfoliating. Once a proper scientific skin care regime is in place, the horny layer will return to normal thickness of its own and needs no further exfoliation.

Apart from those two examples, we should avoid the harsh scrubbing exfoliators that seem to be found in most skin care ranges. Ground apricot kernels are a particular offender! Plastic micro beads are not only bad for you, they are bad for the environment too. They end up in the ocean and kill marine life.

Harsh peeling systems should always be avoided. If your therapist wants to do an exfoliation for a specific purpose by using a peeling system, then I believe simple “soft” chemical peel (e.g. low dose TCA, alpha or beta hydroxy acids etc.) is superior to strong concentrations of acid or the harsh granular plant peels that mechanically abrade away the skin’s surface and peel it chemically.

If the therapist does a manual exfoliation then they should make sure that the abrading granules are barely perceptible. Certain fine clays, such as kaolin and bentonite, are probably the best for making the most gentle “exfoliants”.

If you identify that you do, in fact, need to exfoliate, then again I would suggest the mildest abrading packs, or simple light alpha or beta-hydroxy creams or gels. Please do not repeat the procedure on a regular basis!

If you use topical vitamin A at the same time as a gentle peel or mild exfoliation, this will help to minimise the potential negative effects of over-exfoliation by promoting both the growth of the epidermis, as well as increasing the hydration of the skin.

We have all seen the examples of chronic over-exfoliation by well-known therapists and clients using AHAs: their skins looks thin, lifeless and unnatural even though they might be smooth! Many therapists make the mistake of suggesting exfoliation to clients with normal skin with the belief that the client’s skin can be made more radiant and look fresh. They even believe that exfoliation is a compulsory part of a facial. If you find yourself with such a therapist, ask them to leave out that step! The serious long-term damage that you will do to your skin is not worth the temporary smoothness and glow that you will feel for a short while after the treatment.

If you want the long-lasting effect of naturally glowing, smooth, healthy skin make sure you use a skin care regime that contains high doses of Vitamin A and other anti-oxidants (preferably in a step up system to avoid retinoid reactions and rashes). It may take a bit longer to achieve the smoothness than scrubbing your skin as though it was a kitchen surface, but it will be worth the wait. Your skin is your personal protection system, given to you by nature. Treat it with gentleness and respect!

What about for someone with seborrheic dermatitis on their forehead and bridge of nose? 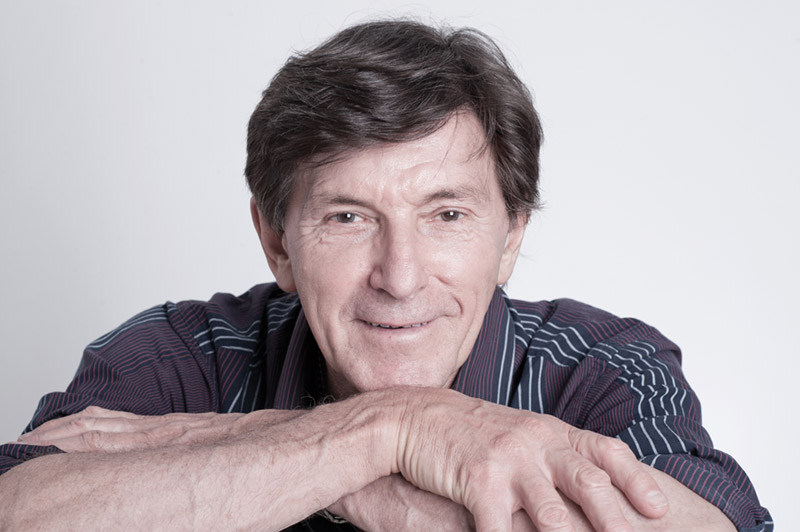 Dr Des Fernandes MB. BCH, FRCS (Edin.) is world famous for his authorative research on the benefits of Vitamin A for your skin and the miracles skin needling can produce. Learn more from him and other prominent doctor authors.
Vitamin A Skin Science
LEARN MORE
Why You Need Skin Needling
LEARN MORE
Your Skin Factory
LEARN MORE
Skin Analysis - A Practical Guide
LEARN MORE
Skin Care Ingredients (ePub)
LEARN MORE
Aesthetics Exposed
LEARN MORE
Retinyl Palmitate
LEARN MORE
The Skin Care Professional – A practical guide by Carol and Rob Trow
LEARN MORE
These books are the distillation of all my, and my co-authers', long years of research and practical experience. Some are very simple for the layman to absorb and some are more complex for skin professionals to learn from. I hope you enjoy them all.